Tezos is a layer 1 blockchain protocol used for making transactions and building applications. It is governed by Tezos holders that can vote on upgrades and changes to the network. Holders of Tezos (XTZ) use their assets to vote on changes to the system in a way that protects users and the ecosystem against unnecessary forking. While Tezos can be compared to its predecessor Ethereum, there are various aspects, like governance and transaction speed, in which Tezos holds a clear advantage.

Is Tezos a Proof-of-Stake blockchain?

In the Tezos ecosystem, validators, known as bakers, stake their tokens to secure the network and process blocks of data uploaded to the chain. This is done through a Proof-of-Stake (PoS) consensus mechanism which is far cheaper than Bitcoin’s Proof-of-Work, and comparably cheaper to other PoS systems. The Tezos network allows any holder of XTZ to stake Tezos and validate blocks. This, along with the cost of staking, brings down the difficulty of getting involved making it an ideal network for those starting out in staking. Baking on Tezos is the signing and addition of blocks to the chain after agreement is reached by the network of nodes. XTZ holders can also choose to delegate their assets to a baker to make rewards from a larger pool of staked coins.

How is Tezos delegated Proof-of-Stake implemented?

Bakers on the Tezos network can be delegated a stake in the network through the network’s delegated-Proof-of-Stake (dPoS) mechanism. Using what is called a manager key (a form of private key used on Tezos), bakers can manage delegated tokens for staking and governance within the network. Delegators then receive rewards according to their delegated stake, minus a validator fee that is taken by the delegated baker.

The Kiln delegator address can be found here.

Proof-of-Stake (PoS) is a consensus algorithm that allows users to stake their unused assets (in this case XTZ), to validate and attest blocks of transactions. PoS is more efficient and scalable than the original consensus algorithm Proof-of-Work and the prefered proofing algorithm in newer chains.

Locking the native currency, you can stake Tezos and confirm blocks to the chain. This works by allocating your tokens to smart contracts to become a Tezos validator, you can then earn rewards with each block you validate.

Why should you stake your assets?

Staking generates rewards for validators in a safe and predictable way. The crypto space considers it as a natural and beneficial feature to a protocol as the value originates from the blockchain native currency inflation. By staking XTZ tokens, you help secure the network and earn rewards in the process.

If you do not stake, your assets will be eroded from protocol inflation

You can stake XTZ as well as other PoS cryptocurrencies to:
You stake
$100M

How to stake Tezos with Kiln?

Staking Tezos with Kiln is simple. Though there is no minimum amount required for staking XTZ, the entire XTZ amount in the wallet has to be delegated. Plus there is a transaction fee that comes with delegating to a baker. Staking with Kiln can be done in a few easy steps:

Tezos has an immediate unstaking process and all you have to do to return your XTZ. As soon as you choose to unstake your tokens on Kiln they will be reflected in your wallet shortly after.

What are the rewards associated with staking XTZ?

As an incentive for helping to safeguard the network, you can earn up to 5.5% APR from each Tezos validator you stake on Kiln

Why should you stake your XTZ with Kiln?

Kiln is the leading enterprise-grade staking platform, enabling institutional customers to stake XTZ, and to whitelabel Tezos staking functionality into their offering. Our platform is API-first and enables fully automated validators, rewards, data and commission management.

Fill out the form and we'll be in touch as soon as possible.

What does Proof-of Stake mean?

Proof-of-Stake (PoS) is a type of consensus mechanism used to validate cryptocurrency transactions. Through PoS, validators can contribute to the block production of a chain while keeping environmental concerns to a minimum, which is becoming an increasingly large issue in Proof-of-Work.

By staking capital rather than energy, validators risk losing a portion of their value and future potential for staking by misbehaving while creating blocks. This incentivizes collaboration and minimizes malicious activity in the consensus process.

When will I receive XTZ rewards?

Since the last upgrade named Ithaca, a majority of bakers give rewards at the end of a cycle. It depends on each baker’s policy.

What are the risks associated with staking XTZ?

The main risk is slashing. A validator can be slashed if:

To prevent any risk, Kiln in partnership with Nexus Mutual offers a coverage policy to protect against middle slashing events. Nexus Mutual is the trusted partner for tier-1 institutional funds, family offices and custodians that seek protection across crypto.

Is there a minimum and maximum amount to stake for Tezos?

Tezos validators (bakers) are required to stake a minimum amount of 6,000 XTZ. but users who choose to delegate their stake to a baker can stake XTZ of any amount with no minimum. However, bakers themselves can ask for a minimum. For example, TRD (the software used to pay rewards) can be configured to NOT pay delegators that have less than a certain amount of XTZ. Moreover there is a very small transaction fee associated with delegating your Tezos, this will need to be considered when staking Tezos.

Do I maintain custody of my XTZ tokens? Is XTZ staking non-custodial?

Users may maintain self-custody of your XTZ tokens while staking Tezos, however you will need a minimum of 6,000 XTZ to bake by yourself. You may also choose a third-party custodian to control the withdrawal of your staked XTZ (ie Fireblocks). This requires no minimum stake amount so anyone can make rewards while securing the Tezos network.

What is the lockup period to stake Tezos? When can I unstake and withdraw my XTZ?

Unstaking your XTZ is simple and has no unlocking period. Your delegated stake can be returned to your wallet at any time within a couple of minutes.

How do rewards and penalties work?

Validators earn rewards whenever a block is confirmed to the chain by that Tezos validator. When delegating your stake to a validator, you receive rewards in ratio to your stake, minus a fee that goes to the validator. The main penalty for malicious activity or continuous inactivity on the Tezos network is slashing. Slashing can remove a piece of your stake and affect your ability to validate blocks in future.

What is the average block time on Tezos?

The average block time on Tezos is ~ 30 seconds, with a full cycle coming out to roughly 2 days, 20 hours, and 16 minutes.

What are the specificities of Tezos validator?

Tezos validators need a minimum Tezos stake of 6,000 XTZ. Users can delegate their stake to validators in order to make rewards without necessarily staking a full 6,000 XTZ. Bakers need to maintain the chain by baking in a consistent and ethical manner. The greater the stake a baker has, the more likely they are to be chosen to produce a block and earn a reward. Bakers must also make sure that their security is up to date, and that the delegator's private keys are safe through audits like the SOC2 type 1.

Where can I learn more about Tezos?

There are many existing resources but we invite you to visit the Tezos foundation website and to check our latest articles on our blog. 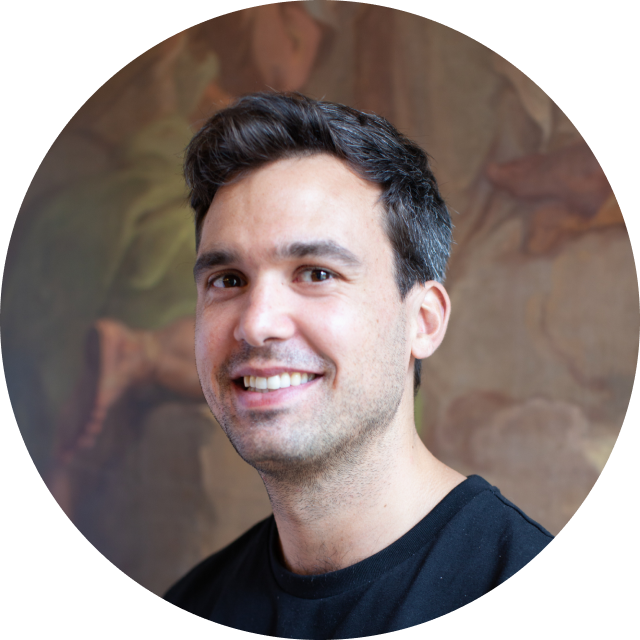 Ernest Oppetit, Chief Product Officer
This may change over time and fees might apply.