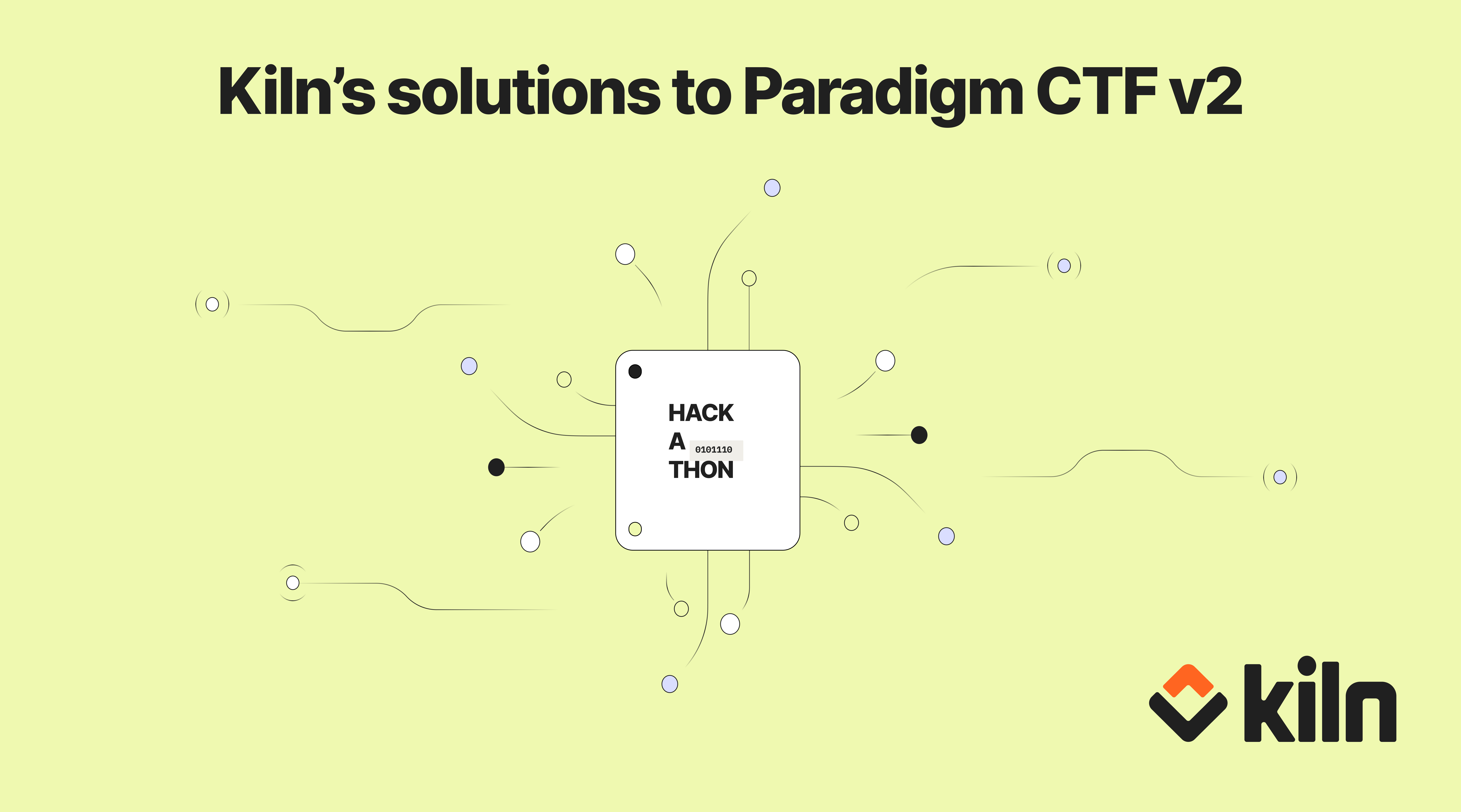 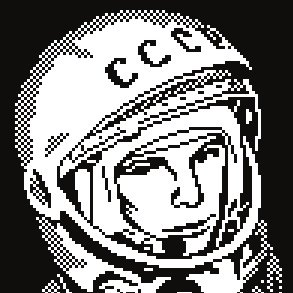 This weekend 3 Kilners participated in the 2022 edition of the Paradigm Capture The Flag (CTF), one of the best Web3 security competition out there. We managed to come in at the 33rd place out of more than 400 registered teams!

This post is a writeup of the solutions to some of the Ethereum and Starknet challenges.

This challenge was an introductory challenge to kick off the CTF. Two contracts were deployed, Setup.sol and Random.sol. The challenge gave us the address of the Setup contract.

Random.sol is quite simple, the _getRandomNumber() always returns 4. The solve() function takes a number as a parameter, if it’s equal to 4, the public solved variable is set to true.

2. Get the value returned in the transaction

3. Call the function solve with parameter 4

This Starknet challenge comes with a deployed Cairo contract which has an unauthenticated setter (solve()) and getter (solution()) on a _solution storage variable.

The given Python script responsible for checking if the challenge is validated or not calls the getter of the contract. It then checks if the value returned is equal to man encoded on 4 bytes (cf riddle of the Sphinx).

This challenge comes with a deployed Cairo contract which acts as a proxy for an ERC20 contract.

The contract exposes an implementation storage variable which contains a class_hash (basically the id of a Cairo contract), which is set to a default value of the ERC20 contract deployed before this contract.

Once the proxy contract is called, it calls the matching function in the contract referenced by the implementation storage variable.

Some utilities are also provided, but they have an authentication issue: they take an auth_account as a/the parameter and check if the caller is the same as this parameter to read or write any storage variable of the contract. This function checks the owner storage variable instead.

The checker function that validates the challenge then calls the balanceOf function on the proxy contract and checks if the competitor’s user balance matches 50000e18. Note that as it is a proxy, the balance will be checked in the proxy’s memory and not the ERC20 contract memory, using the initialize ERC20 method won’t work.

In this challenge, a server asks for some EVM bytecode that would then get deployed. A call would then be made to the contract with one uint256 value, and is expected to factorize this value from the code.

Well, not that easy when we you consider that the provided number is a factor of two 128-bit prime numbers and we were tasked with factoring a semiprime!

Now let’s have a look at what the verifying contract looked like:

The server would then replace the strings NUMBER with the semiprime and the CODE with the provided bytecode. It would then run the following script using foundry. If you don’t know foundry yet, maybe it’s time for you to jump in and start using it. It has so many interesting features that will help you navigate the EVM.

Yes, the flag is held in an environment variable on the server side! (Fun fact: it wasn’t meant to be accessible in this way so it was kind of cheating. The real solution was to inject code that would run when the console is called to print a lot of your factored numbers! lines until out of gas)

So, this is the contract we compiled and gave to the server.

And this is the line that the server logged back to us:

In this challenge, a user sent 10 WETH to a smart contract, we had to get them out of the contract in order to retrieve the flag. Our user had 5,000 ETH available.

Finally, it sent all the balances of Token A and B to the pool. This is super interesting for us, it means that if one of token A or B is WETH then the 10 WETH lost on the contract would be added into the pool and leave the MasterChefHelper balance, which is exactly what we wanted!

The goal here is to make sure the MasterChefHelper contract sends all its WETH balance to the pool. The problem is that UniswapV2 tries to conserve a certain equilibrium between the amounts of token A and token B.

For example, let’s assume the masterchef pool with id 0 is WETH/USDT. If we try to select this pool and send 40 USDC as an ERC20 amount for the swapTokenForPoolToken() function, the contract wouldn’t be able to deposit 20 USDC equivalent in USDT and 20 USDC in WETH with the 10 WETH already on the balance. Otherwise it would break the equilibrium of the added liquidity.

Our solution is to create the $KILN ERC20 token and two Uniswap pools for this token (which match the WETH/USDT masterchef pool):

This way, Uniswap will accept a larger amount of WETH than USDT during deposits as there is a huge gap between WETH and USDT availability for the KILN token.

We made a contract to perform those 3 steps and called the function solve() with 600 Ether.

This challenge deployed a MerkleDrop contract that held 75,000 units of an ERC20 token. With it came a file with all the proofs from the Merkle tree. The proofs were legit and allowed users to redeem their share of tokens.

Now, when we looked at the isSolved() method, we clearly saw 2 conditions required to fulfill this challenge. First we needed to empty the contract of the ERC20 tokens. Simple! We had all the proofs, the second condition was the tough part: we weren’t allowed to use all the proofs. Using all of them but one would work.

Our first idea was to compute the sum of all the 64 proofs to make sure there weren't some combinations of 63 proofs or less that could get all the tokens. Unfortunately, the sum was 75,000.

So, let’s dive into this MerkleDistributor contract!

Nothing fancy here. The contract was using some bitwise operators to lower its gas cost when tracking proof submissions. We could also have a look at the verifier.

Now, let’s focus back on our goal. We needed some way to lay claim to an invalid amount or index in order not to use all the proofs available. When submitting a proof, this was the flow from input to transfer (each temporary var is kept so we could explain the resolution process).

Then it hit us: why is the amount using an uint96? This is pretty odd for Solidity where we’re used to moving around tokens with high decimal counts. But this was it. The input for the claim method was 64 bytes long (uint256 index is 32, address account is 20 and uint96 amount is 12), and it’s exactly the same length as two leafs.
‍

It became clear: the goal was to short-circuit the verification chain by providing two leafs encoded as the 3 parameters and provide the subsequent proofs to get to the merkle root. But it still wasn’t completely solved. We could input any value greater than 64 to the index and we would solve that part but the amount had to be lower or equal to 75,000 or else the transfer would fail.

We took all the proofs and examined them carefully (with a script of course). And then we found a suspicious one:

This proof was the only one passing the following assertion.

And with a quick lookup, we found this other proof that was pretty convenient for our situation, because as you could see, it was exactly the remaining amount we would have had we used our exploit with the proof above.

We now needed to execute the exploit:

This is the flow of execution compared to a “legit” run.

Note: Leaf1 is actually computed where the node was previously computed.

We basically did one step of the verification ahead of the contract!

Last step, we used forge and its amazing scripting capabilities.

This challenge was a puzzle. We needed to solve the puzzle by calling solve(address,bytes). This was the Challenge contract:

As you can see, to solve the challenge we needed to receive a score of at least 16. When we looked at how the score was computed, we could see that it registered 0 bytes in the address provided to solve, and an address only had 20 bytes. So how could we get to an address with 16 null bytes?

Generating one wasn’t an option as we didn’t have thousands of years to spend on it.

Our last hope was that the verification of the signature would be flawed allowing us to input an address that wasn’t owned by us.

As expected, something odd was happening when the ECDSA signature verification failed. It called the signer address, expecting a result with a length equal to 32 and starting with the same 4 bytes (selector) as the method called (isValidSignature).

Ok! So now we needed a contract that had an isValidSignature (bytes32 hash, bytes calldata signature) method. This would have meant facing the same issue as above, we could predict the address of a contract but we didn’t have the power to generate such an exotic one.

Now there’s something you need to understand about the EVM. Some addresses are reserved for pre-compiles. Basically, they hold the ability to perform computation outside of the EVM and return the result, you don’t need to implement complex algorithms like cryptographic primitives in pure Solidity. And there’s a very well known pre-compile that can be found at address(2), keccak256.

With a simple golang script we could brute-force that signature value.

And we now had our signature value!

One final transaction and we can retrieved the flag

I could watch 0xMonaco all day 🏎️

Look at this BEAUTIFUL price gouge of accel by Kilnhttps://t.co/hjByTGPRL5

Thanks to @m_rtimr and @pwnh4 for these detailed solutions.

We are proud to be long-term operators on the Ethereum Beacon chain, running over 8,500 validators on Mainnet and actively participating in #TestingTheMerge.